Cross-compiling for windows (from Linux) - Part 2

In part 1, I covered a basic cross-compilation setup, that let us use any of the libraries that come as part of the package:

In this part two, I'll cover how to:

How do we get these static cross-compiled libraries? Lucky for us, the package provides many fundamental libraries.

On my system, these are located in . If you find that is located there, then you can link with it without any fuss. When building your project, it is not necessary to specify this directory, as will look for libraries here by default.

The important thing to note is that all the static libraries you link to will become part of the , which ends up being a large file.

As mentioned above, the package provides many fundamental libraries. This is great, but for all other libraries, you typically need to find these elsewhere, or build them yourself. I'm only interested in the latter. First off, .

has very good support for cross-compiling, which makes this easy. Typically, we just need to tell that we want to use the toolchain.

I'll be placing all cross-compiled libraries we build in:

In the source repository, we'll create a directory , and from there call with the cross-compilation configuration set. Pay attention to features the output might warn you about. In my case, it all looked good, so I went ahead with a .

You should now find and in the directory you used.

In part 1, I described a based build setup for cross-compilation. We want to use this to build a simple program that uses .

To check out the setup, and this program, use (note the branch):

Here is a simple program that initializes , outputs version information, creates a small window, and waits for the user to exit.

If you have checked out the example code, you can build a windows execuable with . I won't go into much detail on how it is compiled. If it doesn't work, and and doesn't make sense, shoot me an email.

The Linux build requires that is in the variable. The windows build assumes that the cross-compiled library is in:

The only important difference from what suggests (the one corresponding to the cross-compiled ), is that I omit the flag. With this flag set, a console window isn't created. Although very nice for a release, I want to see the standard output, so I won't use this flag. 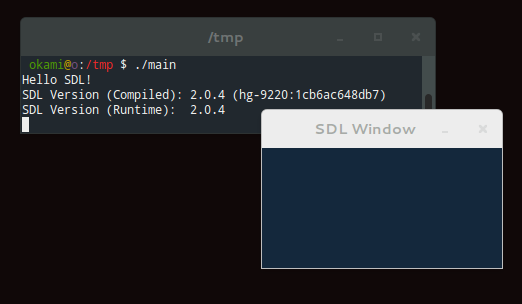 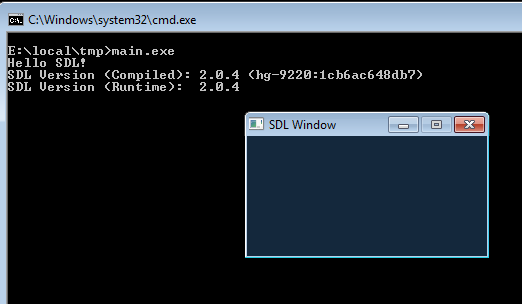 We want to build a cross-platform version of with and support. This means we have to first build and . Also, requires . Will compile these three first.

For the , I won't bother with support, since I prefer the better format. For this we need both and . I'll show how to cross-compile both.

Static library and should now be in

The program should list which sound and music decoders it has available. On my Linux machine, the (relevant) output is:

On my virtual Windows7 machine:

As with previous libraries, has a dependency. In this case, . It also depends on , but I assume you are following this article in order, and already have that available.

In order to make function calls, we use a helper library for figuring out which functions are supported by the graphics card, based on a system of extensions. One such helper library is .

Let's put everything together into a program that uses and initializes , , , , and through . For creation, it should try to find the highest version that it can create a context for.

You can check out and compile this example with:

The example tries to create an context, if that fails, it tries a context, then and so on. After it creates an context, it initializes .

The version of the created context, together with graphics driver information, extensions found, etc, are sent to the standard output. 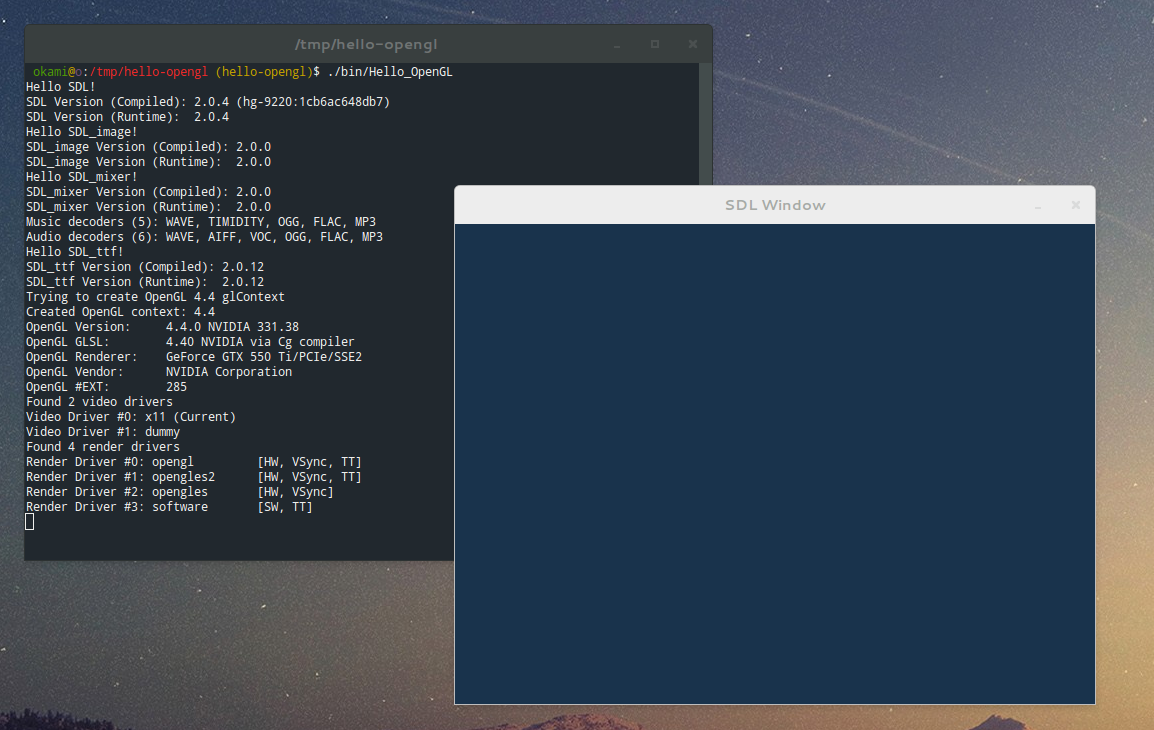 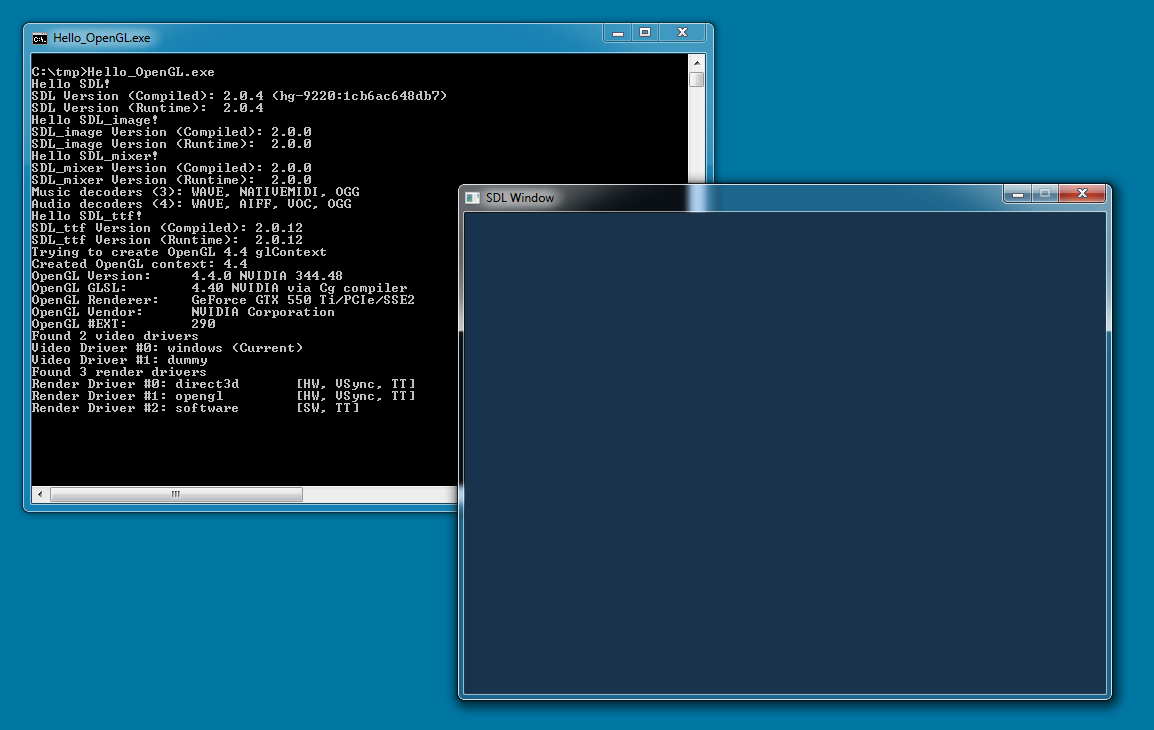