This post is for those with separate X displays, who want to do timelapse screencapture. There are many utilities for doing this kind of timelapses, in particular, I'd recommend chronolapse, which does a very good job, even with multiple monitors. If that works for you, then go for it! However, if you have trouble with it working for separate X-displays as I did, or just want more control, read on!

The post is broken up into small steps, which are put together as a complete script.
There is also a demo video made using this script at the very bottom.

There are several ways to take a screenshot from the command line. The two most interesting utilities are , and Image Magick's utility, as these utilities are available in most systems by default (and if you don't have the latter, you should).

Since using caused jittering when capturing the screen, I'll stick with . Here is how to take a screenshot:

2. Specifying which X to use

The environment variable determines which display is used. By setting this variable prior to executing a command, you determine which display it communicates with. Try out these examples in a terminal:

Putting it together with the utility, you can specify which display to take a screenshot of:

Since the goal was to have a picture-in-picture of one monitor shown on top of the other, we will have to create this thumbnail. This is where the ImageMagick utilities shine. First let's grab a screenshot: Then, lets create reduce the image, so that it fits a pixel box, while retaining its aspect ratio. 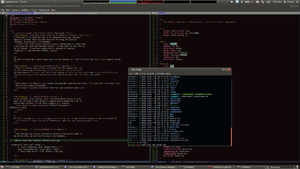 Now, lets add a 2-pixel border, with the color . 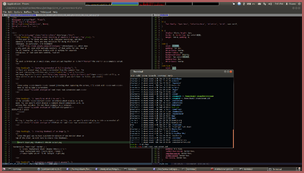 Let's add a nice falloff shadow, on a white background (so you can see it). 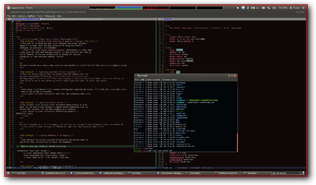 And of course, we want a transparent background, so for the sake of completeness: 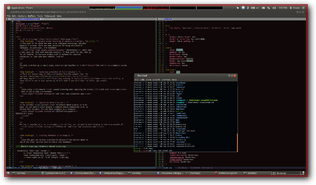 Again, comes to the rescue.
Here is how to place on top of at position . 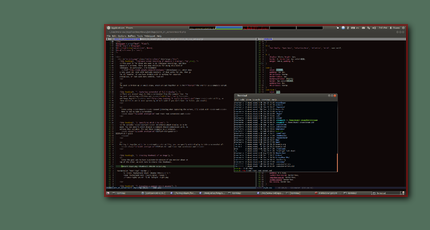 5. Executing a command every X seconds

To execute a command every seconds, you might think that or perhaps would do a good job. And you would be right, assuming that executes immediately. When it's a command you want to execute repeatedly, at fixed intervals, you have to send the command to the background, using.

This will exceute the script once every second, even if takes several seconds to complete.

Putting together the various pieces mentioned so far, this is the final script.

A video, consuming for each second in the output, can be made using with the following:

While I wrote this post, I had the above script running, and this is the produced video: