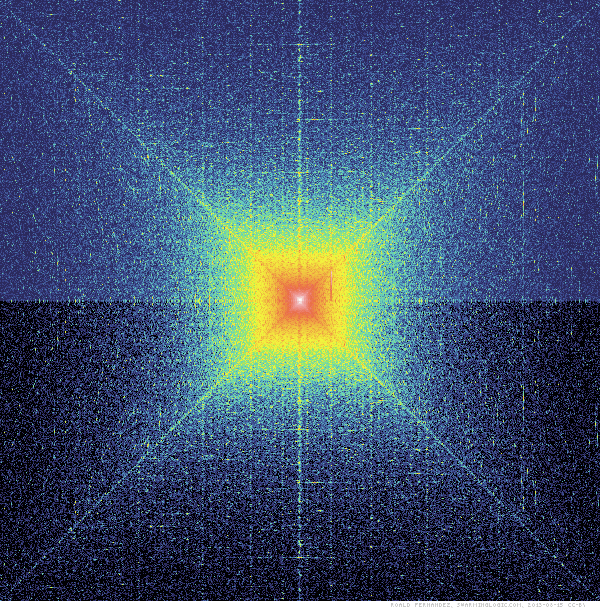 First of all, what is OEIS, and what is the image above? It certainly looks cool!

Q: What happens if you use this database to look up a single integer?
A: It returns all the sequences that contain that number

At the time of writing...

In a way, the number of entries for a particular number, is a measure for how interesting the number is.

As preposterous as it sounds to quantify something so subjective, I don't know how else to put it.

The second question -- the image above? It is a plot of the relative OEIS occurrence frequency, of each integer from -125 000 to +125 000 (not exactly, but close enough). Structured in a snake-like pattern with 0 in the center, positive values growing in the top half, and corresponding negative values mirrored in the lower half (see below).

Initially I only looked at the positive integers, and had structured them in a spiral, wrapping around itself, clockwise.

Then I considered the negative integers as well, and the only meaningful way to lay out the numbers in a 'spiral like' way, was the the following:

Using this color ramp to map the values from 0 to 1:

Which was created by linearly interpolating between the following HSL values:

The quickest way I know to do this, is writing a bash-script using curl to get the html page, and unix tools sed and head to extract the value.

Using the above function in a large for-loop, it would have taken around 50 days. If running separately for positive and negative values, 25 days.

A better parallelized version was written, and can be found in this github gist , reducing it to a couple of days. Here it is in action:

NB: If you live in the US, think carefully before running such a script. Apparently, making HTTP requests with modified URLs could be a criminal offense. </tongueincheek> 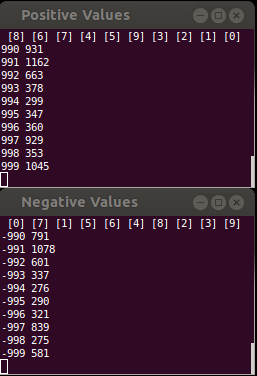 The best tool for generating the image would be processing, octave, matlab, gnuplot, or any other language with a library for pixel manipulation in images, or advanced 2D plotting.

I would definitely not recommend my choice: C++ and SDL. But hey, that's what I'm trying to learn these days, so why not? Here is the final image (click for full resolution), with over 1.4 million values from the OEIS database. 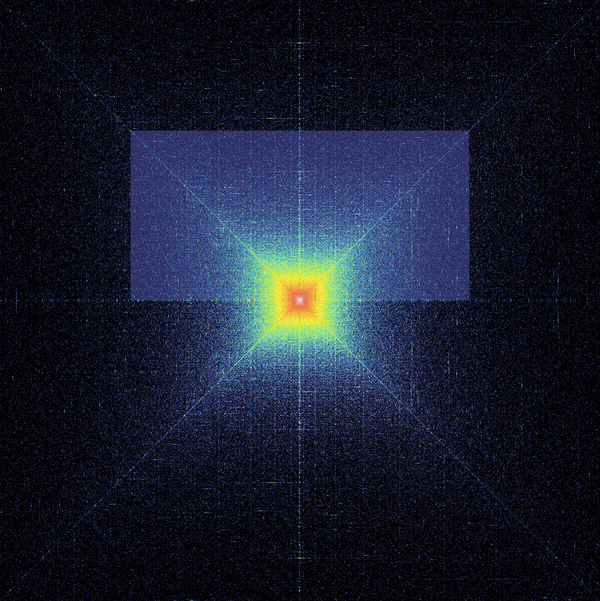 I'm also learning Blender, so here you have a 3D plot using the values as a displacement map. 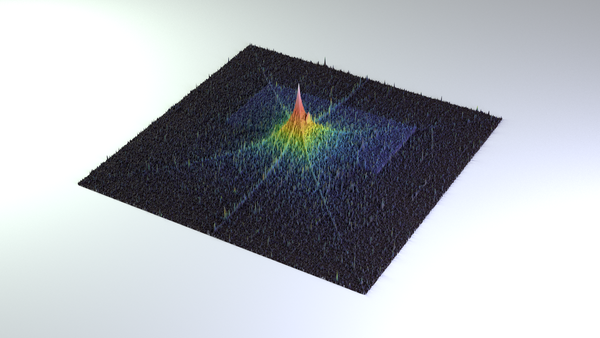 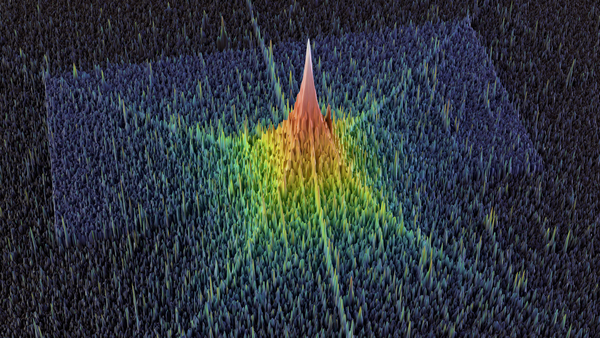 There are three things that surprised me about the data:

Lastly, I should point out that I didn't do this because I considered it important or valuable. It just seemed like a fun thing to do. I hope you enjoyed.

PS: If there is any interest, I'll upload the raw data.